How do you know you’ve finished something? 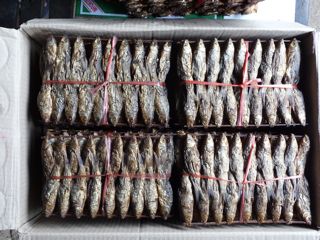 Partly, you look at it.  The icing on the cake looks smooth. The window looks closed. There are no visible crumbs on the kitchen counter.

But how many crumbs are acceptable?  Given that you are trying to reduce the number of germs, which cannot be seen, the sight check doesn’t fully satisfy.

Partly you’re waiting for a feeling that psychologists call “just rightness.” It is a sense that the task at hand has been completed, allowing you to let it go and shift your attention to whatever comes next.

In obsessive compulsive disorder, or OCD, the need to attain the feeling of just rightness seems stronger, and the ability to achieve it seems to be impaired. We lock the door, but we still have the nagging feeling that it hasn’t been done properly. We know we turned off the stove, but something tells us that it may still be on. We have great difficulty getting out of the house until “just rightness” has set in.

On September 27 at 7 pm I’ll be at UBC Robson Square (in the courthouse complex, near the ice rink beneath Robson Street) for the first of the fall series of PsychologySalon talks. The talks are $15, and the fee is intended to pay for the space and the cost of advertising.  This one is on OCD.

OCD is a common disorder characterized by, as anyone can guess, obsessions and compulsions.

Obsessions are thoughts that the thinker realizes (at least some of the time) are irrational, that cause anxiety, and that signal some sort of danger or risk. The person doesn’t want to have these thoughts, but they come anyway.

Compulsions are thoughts or behaviours designed to eliminate or undo the obsessive thought or to reduce the risk that they imply.

For example, the obsessive thought that one’s children have been injured might result in the compulsion to call their school repeatedly to check. An intrusive obsession such as an image of one’s plane crashing might be undone by the compulsive repetition of a specific prayer.

To count as a true compulsion, the action must be either somewhat irrational (such as counting backwards by threes to keep illness away) or obviously excessive (such as checking the door six times before bed).

Although OCD can sound odd, most of us have at least a taste of it. Surveys show that over 90% of people have at least occasional intrusive thoughts that resemble the ones seen in OCD. And almost all of us have felt the impulse to go back and check the iron, or proofread a document one more time, or scrub just a little harder to overcome some unseen contamination.

In this talk I’ll draw the somewhat arbitrary line between everyday obsessiveness and OCD. I’ll review some common types of the problem and discuss the way it manifests for a few celebrities who have “come out” about having it.

Of course, whether we are close to the line or well beyond it, the real question is what to do about it. I’ll discuss some strategies that help “knock back” OCD, including exposure and response prevention (or ERP) and cognitive experiments. I’ll also show why some of the strategies people use most frequently – including thought stopping, reassurance seeking, and stress avoidance – can actually make the problem worse.

We have two additional talks planned for fall.  October 25 will feature Dr Nancy Prober on trauma, and November 22 will have Dr Lindsey Thomas on the ways our minds deceive us.

Information and online registration for all talks can be found here.  Tickets can also be purchased at the door.
Posted by Randy Paterson, PhD at 09:00