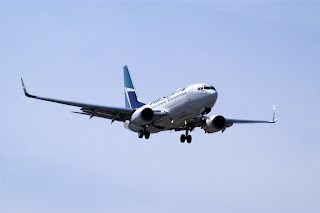 The usual way of treating fears and phobias is by graduated exposure. For a person afraid of dogs, we might do sequential exposure exercises like this:

The details vary depending on the specifics of the person’s fear, but the idea is the same: a stepwise approach of the feared object. Once we have a set of tasks, we look for big gaps in the difficulty level and then fill them in, by making an easy task harder or a harder one easier.

This is all very well, but how do you do it with flying phobia? Sure, we can look at photos of airplanes, visit airports, and sit at the ends of runways watching takeoffs and landings. But sooner or later the person has to go from observing aircraft to taking flights. Inevitably, that’s a big step. How do we make it a manageable one?

Someone with a fear of shopping malls, for example, might only go with a trusted friend, take antianxiety medication beforehand, study maps of the mall to find washrooms and escape routes, and carry water, tissues, and cell phone. We can take the same exposure exercise (say, shop for 30 minutes in the housewares department at Sears) and manipulate the difficulty level by altering the safety behaviours (take medication or not, go with someone or alone, carry cell phone or leave it in the car).

We can do the same thing with flights. Here are some common safety behaviours that nervous flyers use:


It’s sometimes difficult to create an ideal desensitization hierarchy for flying phobia, because sufferers typically avoid flying frequently. But where circumstances permit, we can create exercises with a range of difficulty using the same basic experience.

Let’s imagine a nervous flyer in London with family in Paris – about an hour’s flight away. We could recommend that he make a point of taking frequent trips during his therapy. After the usual early items on the hierarchy (photos, videos, airport visits), it’s time for actual flights. Here is a set of flights based on an imagined set of his preferences:


With the number of safety behaviours we’ve identified, it would be easy to come up with a dozen more options. We could then rate the difficulty of each, discard some of them as unnecessary, and get started.

The only real trick is defining the features that would make that first flight tolerable. This often involves stocking up on safety behaviours, which goes against the instincts of good behaviour therapists, whose main agenda is helping the client relinquish these behaviours. But in the case of flight phobia, allowing and even enhancing these behaviours temporarily may be what enables the client to get off the ground.