We constantly hear how the solution to mental health problems in society is the provision of more mental health services. As a service provider myself I can see the appeal of this argument, but it has some problems.

It’s a bit like saying the way to have fewer house fires is to hire more firefighters. Mental health clinicians tend to arrive on the scene once the problem is already occurring. The determinants of societal mental health are typically factors other than the availability of treatment resources.

One such factor may be economic inequality. British researcher Richard Wilkinson has examined correlations between economic indicators and a variety of factors,  including the incidence of mental illness in societies.

Wilkinson finds no strong evidence for a link between the level of a nation’s average income and the frequency of mental illness, at least not among moderately developed nations. Increasing wealth does not seem associated with reduced mental illness, teenage births, obesity, or premature mortality.

But average income is only one possible economic measure. Another is the distribution of income among members of the population. Wilkinson looks at the gap in income between the top 20% and bottom 20% of earners. When he compares nations on this ratio, relationships begin to emerge.

Nations with greater differences tend to have poorer mental health, more teenage pregnancy, more obesity, more violence, and more premature death than nations with a more nearly equal income distribution. The benefits appear to accrue not just to the poor, but also to the (relatively) wealthy within more equal cultures.

The data are necessarily correlational, but they are quite suggestive nevertheless. They point to a likely conclusion: that the incidence of mental illness probably has less to do with the availability of mental health services than with broader aspects of societal and cultural design. Simply throwing more therapists or medications at a population is unlikely to accomplish a great deal. 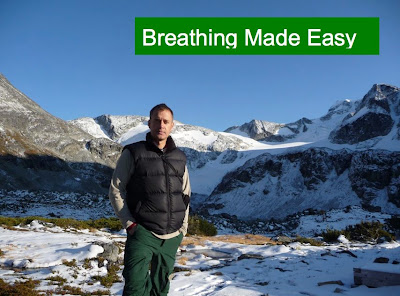 To mark the occasion we are releasing 250 free spaces in the online course Breathing Made Easy at udemy.com.  The normal price is $15.

The coupon code is canadaday.

There is a promo video at the link below that you can view to find out more about the course without signing up.

The offer expires July 10, but if you join before that time you can continue to access the course for months afterward.

Posted by Randy Paterson, PhD at 13:52 No comments: