How common is suicide in depression?


Every profession has its myths and memes: ideas for which there is little or no concrete evidence, but which are believed anyway. We like solidity. All too aware of how much we do not know, it’s comforting to be able to say, “Well I do know a few things for certain.”

In the field of mental health there is perhaps even more ambiguity than in most other professions, hence a stronger desire to seize on certain ideas and hold them tight.

One of these is the oft-repeated adage that 15% of people who experience a major depressive episode will eventually go on to end their lives. I have heard this notion – and seen it repeated in government mental health planning documents – more often than I can count.

One reason for its appeal is the urgency which it attaches to depression treatment. The way to get taken seriously in the healthcare system is to be treating a lethal illness. If we can underline the severity and lethality of a disorder, it is more likely to receive funding.

There is no question that depression treatment is underfunded and undersystematized in healthcare, both in Canada and in the United States. The World Health Organization has estimated that unipolar major depression accounts for more years lost to disability or premature death than any other single health concern in countries with developed market economies (WHO, 2008). More than heart disease, more than cancer.

My office faces a tower block in Vancouver constructed specifically for research into cancer. Good, I’m happy for that. But if anyone thinks that a new tower will soon go up devoted to depression, they’re dreaming.

So what about that 15% figure? Ask someone citing it where it comes from and they will not know. It is an old certainty, somehow established in the mental health consciousness.

There’s just one problem. Like many old certainties, it’s wrong.

Do the math. Take the reasonably well-established lifetime incidence of depression – about 10% in most surveys, though this rises to a high of 16.9% in the United States (Andrade et al, 2003). Look at the average age at onset and the remaining years of life expectancy, then calculate how many suicides you’d need each year to hit the 15% mark. Compare that with the actual annual suicide figures – something that most countries keep close track of.

The result is generally more suicides than we get from all causes in total. Even if every person who ended their life was diagnosed with major depressive disorder (something that is very much counter to the facts), we still do not have sufficient numbers of deaths. The 15% figure is impossible.

So where does this 15% figure come from?

Find references to it and sift backward in the literature and you arrive, most often, at Guze & Robins, 1970. This early meta-analysis (a statistical compilation of earlier studies) reviewed 17 studies and came up with the 15% figure. A later review upped the figure to 18.9% when additional studies were added (Goodwin & Jamison, 1990).

The classic debunking article in this area is Bostwick & Pankratz (2000), a slightly acid-tinged corrective which is difficult to read without sensing impatient rage and eye-rolling on the part of the authors. They point out a few little problems.

First, the studies looked at in these earlier meta-analyses were largely of previously hospitalized patients, not of the depressed population as a whole. People who are hospitalized generally have a more severe form of the illness, and often find their way to hospital precisely because there is a fear that they will end their lives – or have actually attempted to do so.

Second, the studies don’t actually look at how many people in their samples eventually committed suicide. They look at deaths in the few years after hospitalization (the highest-risk period), and calculate the percentage of these that were attributable to suicide. Of course, the majority of people did not die; they went on beyond the date of the study, presumably to pass on eventually from any of the diverse causes that will one day get us all.

This is a particularly groan-inducing distortion of the data. Try the same calculation for anyone else. If we look at deaths during teen years (a relative rarity), we discover that unintentional injury accounts for 48% of cases in the US (Minino, 2010). Imagine someone taking this figure and saying “The teen years are hugely dangerous: 48% of teenagers will die of injuries!” We’d smack them and send them back for remedial statistics classes. In mental health, we run out and repeat the insight endlessly.

Third, the studies in the early meta-analyses generally relied on definitions of depression that have since been broadened significantly. It’s much easier to get a diagnosis of depression today than in 1970, when the category was restricted to the most severe cases. Taking a statistic from those cases and blithely applying it to the depressed population of today is a glaring error.

As well, most of the studies blend unipolar and bipolar patients in their samples. Given that the rate of suicidality is likely to differ between these groups (with most estimates suggesting a higher rate for bipolar 1 disorder than for major depression), this muddies the result further.

These errors don’t tend to cancel each other out. Each of them, taken singly, is likely to lead to a gross overestimate of suicide rates among the depressed. Together, they make the resulting estimates almost worthless. And yet Bostwick and Pankratz cite textbook after textbook that not only accepts the figures, but applies them to the overall spectrum of people with mood disorders.

So what’s the real figure?

The short answer to this question is that we simply don’t know, but that the 15% figure is certainly wrong.

Bostwick and Pankratz struggle with the limitations of the data, but suggest an estimate of 8.6% for those who had been hospitalized specifically for suicidality.

When the analysis is of patients hospitalized for affective disorders, whether or not they experienced suicidality, the lifetime risk drops to 4.0%.

When studies with blended inpatient and outpatient populations are examined, the risk is estimated at 2.2%.

'But we still do not have an estimate for a good sample of never-hospitalized patients, nor for unipolar depression exclusively – both factors which would likely lower the risk estimate still further.

Simon and Von Korff (1998) looked at the incidence of suicide among members of a health plan in Washington state who had been diagnosed with depression. The risk of suicide varied from 224 per 100,000 person-years for people who had been treated with inpatient care, down to 0 per 100,000 for those treated by their primary physician without medications. (One cannot take from this that treatment is itself a risk factor, as severity generally dictates the level of treatment a person receives.) Compare these figures with the population-wide suicide rates in the United States - 12.0 per 100,000 - and Canada - 11.5.

It seems likely that people diagnosed with unipolar clinical depression but never hospitalized have a suicide risk that is elevated beyond the general population. There is, however, a surprising lack of evidence that can be brought to bear on the question of just how great this elevation really is. And a really picky reader could insist that we lack conclusive evidence that nonhospitalized unipolar depression raises the rate at all. (Personally I think that would be an overstatement, but someone could argue about the quality of the evidence quite effectively.)

Pending better estimates, it's hard to say what the real risks are for "garden-variety" clinical depression. But can we please, please stop citing the 15% figure? It isn’t correct, it never was, and it’s long past time to lay it to rest.

Is there an alternative to a medication-based approach to depression? If someone takes medication, is there more they can do in order to maximize the effect? Consider seeking the help of a qualified psychotherapist trained in cognitive behaviour therapy.

In addition, our clinic has developed a cognitive behavioral guide to self-care for depression. Though not a substitute for professional face-to-face care, UnDoing Depression may be a useful adjunct to your efforts.  The preview is below. For 50% off the regular fee of $140 USD, use coupon code “changeways70” when you visit our host site, here.

We also have courses for professionals and for the public entitled What Is Depression, What Causes Depression, Diagnosing Depression, Cognitive Behavioral Group Treatment of Depression, How to Buy Happiness, and Breathing Made Easy. For the full list with previews and substantial discounts, visit us at the Courses page of the Changeways Clinic website. 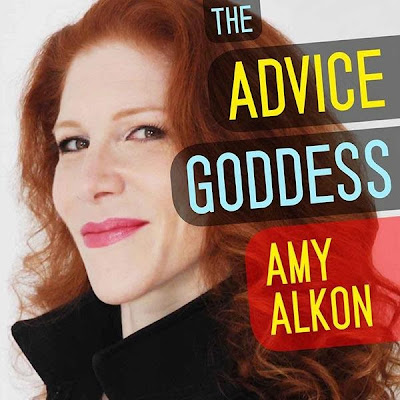 Sunday evening I spent an hour chatting about The Assertiveness Workbook with The Advice Goddess, Amy Alkon, of BlogTalkRadio.

The whole thing is available as a podcast, and you can also listen online.