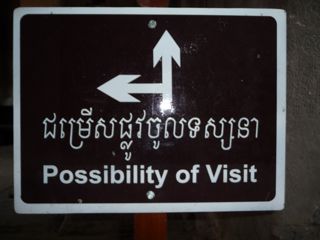 I usually refer to the core cognitive model as S-A-R, for Situation Appraisal Response.  As mentioned in the previous post, it’s the “central leader” to which the various ideas and strategies attach.

Even here, of course, we can work with the traditional model.  The problem may not be the thought “I’m going to be fired” which, it turns out, is correct.  The problem might be a subsequent thought.  “And I’ll never get another job and have to live the rest of my life in poverty.”


But often the subsequent thoughts are no longer about the situation at all.  They are about our initial reaction.  “I’m getting all panicky just because I might lose a job I don’t like all that much anyway.  I’m such a child.  If people knew I was whining like this they’d reject me.”

We can handle this within the traditional model, which usually involves identifying the person’s chain of thoughts to the original trigger situation.  But it’s useful to separate out the reaction to the situation and the reaction to the initial reaction.  For this we can use SARAR:

Panic disorder is usually all about the appraisal of initial anxiety symptoms.  But so too are problems in which guilt, shame, and feelings of inadequacy are prominent.  “Look at me getting all nervous about having to speak up at the meeting.  No one else feels like this.  I don’t have what it takes to be in this job.”

In recent years Acceptance and Commitment Therapy (ACT) and Mindfulness Based Cognitive Therapy (MBCT) have become prominent.  Neither emphasize a reappraisal of the trigger situation.  Instead, both emphasize an acceptance of internal experience.  “Yes, my heart rate is higher than usual, and I am pretty anxious.  I have felt like this thousands of times and lived, so I can allow the anxiety to be present.  If it wants to, it can fade.  But it’s not essential.”

Let’s not oversimplify ACT or MBCT.  But much of the work in these approaches emphasizes the appraisal of one’s emotional and behavioural responses, and moving from a combative stance (“Let’s eliminate my fear!”) to a more accepting one (“I’m afraid, but I can still decide whether to stay or leave; the fear isn’t lethal”).  In effect, SARAR can be a bridge from traditional cognitive work to acceptance-based work, without seeming to give up on one model or switch to another without explanation.
Posted by Randy Paterson, PhD at 09:00