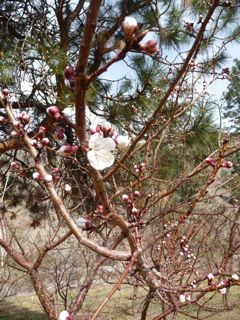 When pruning an apple tree, you look for the central leader, a vertical branch from which the others depart horizontally creating a series of platforms for the fruit. Taking note of the central leader simplifies the rest of the process.

When supervising therapists, I often notice that they get overly complicated when orienting clients to cognitive work. They get distracted by the leaves, the twigs, and the platform branches, and the central leader is left undetected in the middle.

But we don’t really care whether clients appreciate all the complexity of cognitive work at the start. All they need is a rough idea of the core concept. Some of the complexity will never be used, so they don’t need to learn it. Some details will be relevant, but these will be more easily absorbed if clients have a sense of the core of the matter.

So it’s best if we stop trying to impress clients with how much we know, and simply tell them about the central leader.

“So last week I mentioned that we would start in on cognitive work today, and I’d like to take a minute to tell you what it is. Basically it’s not very complicated.


“The core idea of cognitive work is that we don’t live in the real world. When something happens, it feels like we react to that thing. We might run away, we might get angry, or we might feel afraid. And if someone said ‘Why are you afraid’ we’d point at what just happened.


“But actually we’re reacting to our interpretation of what just happened. We call this the appraisal.  So if we’re at the bank and someone produces a gun, our fear is based on our guesses about the situation.  ‘This guy probably isn’t the security guard. This is probably a robbery. Maybe terrible things are about to happen.’ It’s not the gun itself that makes us afraid, it’s what we think it means.


“Now: usually our appraisals are pretty accurate. When you came in today you looked at that object and sat down in it, because you interpreted it as a chair. You’re right.


“But all of us routinely get some things wrong. The boss frowns and we think we’re about to be fired.  The customs officer looks at us and we feel guilty even though we’re not smuggling anything. We get a rash and think it might be a serious illness. Or we pay attention to part of what’s happening, like a friend who’s irritated with us, and ignore the rest of the situation – like the friends who quite like us.”

At this point the therapist can share a routine (but mild) distorted thought that he or she gets, and invite the client to do the same.

While giving this explanation, the therapist can draw the core cognitive model on a clipboard or whiteboard:

That’s not the end of it, obviously. We have to go on to find the core issues troubling the client, see whether cognitive distortions are part of the problem, and try out ways of investigating them. Some cognitive strategies (like identifying distortions and cognitive challenging) are obvious from the core model. Others (like decision-making techniques or cost-benefit analyses) seem more tangential.

But until clients can see the central leader, the leaves and branches have nowhere to attach. Therapy will be more foggy than it needs to be, and clients may bog down more readily and frequently.
Posted by Randy Paterson, PhD at 09:00