Sexual Orientation and Gender Identity in Film: Some Resources 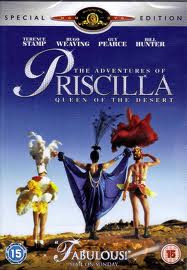 One of my sidelines is talking to groups of healthcare workers about lesbian, gay, bisexual, and transgendered (LGBT) issues. People often come dragging their feet to these talks, anticipating dire and politically correct drabness, but we usually wind up having fun. I prefer to give these talks outside big urban areas – people in smaller centres often come with more genuine curiosity and an open point of view, whereas urbanites often shrink with the paralyzing fear that they might ask or say something wrong.

The talks are invariably too short to give as much detail as people might like, so I provide suggestions for further reading. I know, however, that most people have an “I really should read this” pile from floor to ceiling, so the odds are this is a futile gesture. Isn’t there a more entertaining way to learn about these communities without slogging through a diversity education text?

Why yes, in fact, one can develop at least some familiarity with things by watching selected movies. Film portrayals of LGBT populations are notoriously problematic – distorted, needlessly tragic, stereotypical, or outright wrong. And I risk the wrath of readers by mentioning any of the below, all of which can, I’m sure, be found wanting by someone. No doubt I am leaving some readers’ favourites off the list, either because I’ve genuinely neglected them or I haven’t liked them myself. But I’m open to comments and suggestions.

Trailers for most of these movies are available on the internet (for example, at imdb.com).

The Adventures of Priscilla, Queen of the Desert (1994). Three Australian drag queens set out from Sydney across the outback in an unreliable bus, heading for an appearance in Alice Springs. Along the way they deal with unsympathetic attitudes, their own personal issues, and questions related to gender, familly, and even parenthood. Comedy.

Boys Don’t Cry (1999).  A dramatization of the life of Brandon Teena, a trans teen who lived as a boy. Tragedy follows the discovery of his biological gender. A documentary, The Brandon Teena Story, is also excellent. Drama.

Breakfast with Scot (2007). A very light Canadian film in which a gay male couple (one a lawyer, the other a former NHL player) take on temporary custody of a boy who turns out to be much more flamboyant than either of them, pushing their noses in their own discomfort with being out of the closet. Comedy. 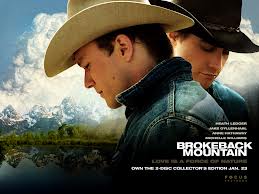 Brokeback Mountain (2005).  Ang Lee’s celebrated film in which two men, hired to herd sheep, fall in love and continue their affair for years afterward. Sometimes criticized for being yet another angst-filled and unhappy portrayal of gay men, the performances are uniformly excellent and the place of their relationship alongside heterosexual marriages is quite true to life. Romantic Drama.

But I’m A Cheerleader (1999).  A cheerleader is sent to a sexual reorientation therapy camp by her concerned parents. A fairly silly film but one that mercilessly and deservedly parodies the idea of gathering gay teens together to make them heterosexual. Arguably a bit hard on the religious. Over the top comedy.

The Celluloid Closet (1995). A documentary about the portrayal of lesbians and gay men in film from the beginning of the medium to the 1980s. Surprising, moving, and often very funny. Worth watching for dozens of moments, not least the one in which screenwriter Gore Vidal reveals the subtext of Ben Hur. Narrated by Lily Tomlin. 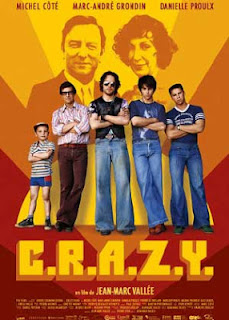 Cloudburst (2013). An elderly American lesbian couple, threatened with being split up by well-meaning relatives, flee to Canada to get legally married. Olympia Dukakis is gruff, hard-edged, and surprisingly vulnerable as she realizes that she may not be able to cope with the increasing disability of her partner.

C.R.A.Z.Y.  (2005). A young gay man growing up in Quebec deals with homophobia and his difficult relationship with his father. An acclaimed portrayal of the difficulties of coming out and father-son conflict. Comedy-drama.

Forbidden Love: The Unashamed Stories of Lesbian Lives (1992). A National Film Board of Canada documentary about the experiences of lesbians in Canada in the 1940s-1970s, interspersed with references to a subgenre of lesbian pulp novels. Enlightening and often very funny, as the interviewees, many of them quite elderly, describe the machinations required to live within a disapproving culture. 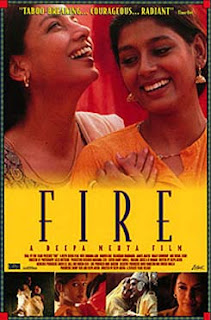 Fire (1996).  Canadian Deepa Mehta’s film about a Delhi family in which an unfulfilled wife begins a love affair with another woman within South Asian culture. Drama.

The Kids Are Alright (2010). The offspring of a lesbian couple attempt to locate their sperm donor father. What could easily have become easy slapstick develops considerable depth in its examination of a lesbian family and the complications of finding and integrating the birth father. Comedy-drama.

Longtime Companion (1989). A harrowing chronicle of the impact of HIV/AIDS in 1980s gay life. For those who did not live through this time, when over half a million people in Canada and the US died (well over a hundred times the death toll of 9/11), the film is a sobering look at the reality. Drama.

Ma Vie En Rose (1997).  A Belgian family struggles with their young son’s self-identification as a girl. Humourous at times, but with a deeply compassionate and serious look at the conflict that can ensue. Drama. 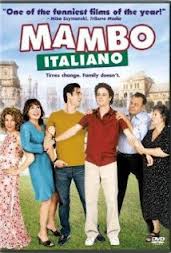 Mambo Italiano (2003). An Italian-Canadian man stuggles with coming out to his traditional parents, against the wishes of his police officer boyfriend.  The histrionics of his Montreal-based parents (Paul Sorvino and Ginette Reno) are beautifully (over)played. Comedy.

Milk (2008).  The story of Harvey Milk (played by Sean Penn), a gay community organizer in San Francisco, who was elected to city council (the first openly gay American elected to office) and who was subsequently assassinated.  Drama.

Prayers for Bobby (2009). Sigourney Weaver plays a deeply religious mother who cannot accept her son’s homosexuality, with tragic results. Based on a true story. I found this one a bit far-fetched at first, particularly the point of view expressed by the mother.  But a young man I know watched this, riveted, and said at the end “That’s my mother. That’s my life.”

A Single Man (2009). One day in the early-1960s life of a gay college professor planning to commit suicide following his partner’s death in a car accident. An examination of life for people who had to be secretive in order to survive, and the toll it cost them, as well as the surprising sources of light in dark places. Drama. 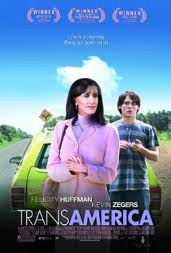 Transamerica (2005).  A trans woman learns that she fathered a son, who accompanies her on a cross country trip just before she undergoes surgery. One of the few films to deal directly with trans issues, done with a good budget and designed for the general viewing public. Comedy-drama.

The Wedding Banquet (1993). An early Ang Lee film in which a gay Taiwanese man living in New York stages a sham heterosexual wedding for the benefit of his parents.  An interesting portrayal of problems within bicultural gay relationships, and very very funny. Comedy.