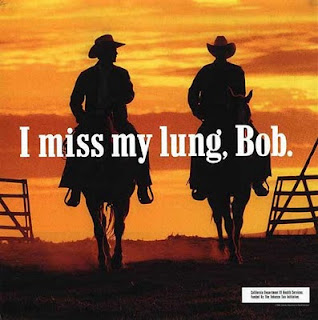 Do smoking and obesity result in higher healthcare costs? Of course they do. This is trivially easy to document. Just take, for example, some smokers and some nonsmokers and compare healthcare-related billings to government and extended-health plans. Studies that do this routinely find differences in the direction you would expect. Smokers cost more.

For example, the rate ratio found in one study for smokers to nonsmokers is 3-1 for heart disease, 10-1 for lung cancer, 2-1 for stroke, 2-1 for a subgroup of other cancers, and 20-1 for chronic obstructive pulmonary disease (Barendregt, Bonneux, & van der Maas, 1997).

It follows that if we were to reduce the rates of smoking and obesity in our culture, we would have lower healthcare costs overall. Obviously.

Sometimes what seems obvious is untrue, however, and this is one of those instances. In fact, smoking and obesity may save healthcare dollars overall.

The key to this apparent contradiction is that smoking and obesity not only affect health status, they also affect mortality. Smokers die earlier – on average, over 7 years earlier for men and 6 years earlier for women.

When you’re dead, your healthcare costs are zero.

So take a pair of 45 year old men, one a smoker and the other a nonsmoker. Sure enough, the smoker has more colds, more early heart disease, more chest symptoms, and his healthcare costs are higher than his clean-living twin. Over time, healthcare costs rise for both of them, because as people age they make more use of the health system.

At age 67 our smoker is incurring much higher costs than our nonsmoker, but at age 68 he dies of a heart attack. Many of the illnesses that finish off smokers are relatively quick and don’t create too many costs.

Upon his death his healthcare costs vanish, whereas the nonsmoker lives into the years associated with more chronic illness, more health problems, and much greater usage of the healthcare system. The moment our smoker passes away, the nonsmoker’s lifetime costs begin to catch up. Eventually, of course, he dies too. But by the time he does, his lifetime healthcare costs have leapt beyond the smoker’s costs.

So what would happen if everyone suddenly quit smoking? There would be a short-term reduction in healthcare costs as the smokers reaped the benefits of nonsmoking. But eventually the former smokers would live as long as the nonsmokers and the benefit would be wiped out. In fact, healthcare costs would rise.

What about obesity? A similar phenomenon is observed. Obesity is associated with higher year by year health costs, but also with premature death. In a simulation study based on existing risk factors associated with obesity (van Baal et al, 2008), a cohort of obese individuals would be expected to have higher health care costs each year until age 56 than similar groups of smokers or nonsmoking nonobese individuals. At age 57, smokers began costing more. Lifetime health costs, however, would be highest among the nonsmoking nonobese group, lower for the obese group, and lowest for the smoking group.

This intriguing study is only a simulation, and it would be nice to see it borne out in a large-scale epidemiological study. Nevertheless, it offers support for the idea that smokers have lower healthcare costs overall, and it provides a hint that the same may be true for people who are overweight.

People often hate research like this and wonder if those who report on it support obesity and smoking, or are in thrall to the tobacco companies. So does this mean that I am opposed to smoking reduction efforts or the idea of healthy eating? Of course not. I think that the benefits of longevity strongly outweigh the costs. I am no more in favour of people smoking than I am of handing out cyanide-laced lemonade at retirement parties (which would reduce healthcare costs in about the same way), and I work with many clients on developing healthier lifestyles.

In recent years, many governments have attempted to sue cigarette manufacturers for the “additional healthcare costs” associated with smoking. I’ve heard rumblings that we should be doing the same with fast food suppliers.

But if this research on costs is accurate, such additional costs may not exist. I’ve paid attention to these debates, and it appears that the tobacco companies never seem to defend themselves using this data.  Perhaps we shouldn’t be surprised. “Actually, we kill our customers so they wind up costing the healthcare system less” probably wouldn’t make a good sound bite.