The Construction of Depression 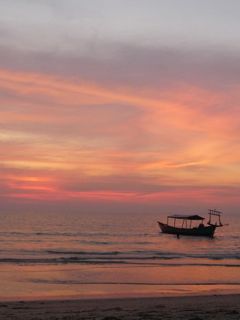 Many years ago a client told me that she knew how to eliminate her depression. Not reduce it, not make it tolerable. Eradicate it.

All she had to do, she said, was fly a glider.

Gliding was something of a hobby. She noticed that the moment the glider left the ground, hauled upward by the tow plane, she was not at all depressed. The depression was utterly absent the entire time she was in the air. The problem, of course, was that she couldn’t fly 24 hours a day.

At one level, this is a simple and familiar story about working with depression: Do the things you like, whether you want to or not. Get out of the house. Follow your bliss.

But that wasn’t what she got from her experience. Sure, she enjoyed gliding – why spend all that money if you don’t? But not all enjoyable activities seemed to have the same effect.

She said that gliding is a fully involving activity. The moment the plane leaves the ground, you are fully and completely there, occupied with the winds, the plane, the surrounding terrain.

What she realized was that depression wasn’t something that happened to her.

Depression was something she did.

In each depressed moment, she had to be creating the depressive world. The depression was an artfully constructed reality, carefully held together with a depressive story. This took effort.

While gliding, she simply did not have the leftover attention – the processing power – to create that world. Instead, she was fully in the world of the experience itself. She was in the glider, not in the depression. Gliding, in effect, crowded out the depression.

Realizing that her mood was something of a creation, she became more able to stand back and examine it. It was an experience. She was not a depression, and the depression was not her. The task was not to go gliding all the time. It was to recognize the process of constructing the story, and gradually, millimeter by millimeter, to withdraw her energy and dedication from the project.

Certainly, she had problems. There were big challenges in her life. Some of them required action and problem solving. Others required acceptance or grieving. The depression was not incomprehensible. But the feeling itself, the inner hell, was for her largely the result of the automatic and unintentional rehearsal of a story.

We hear a lot about the idea of flow, a sense of immersion in a challenging activity, and how useful it can be in creating a positive emotional state. Flow experiences may be valuable in and of themselves. But much of their value may come from interrupting our personal story-making process – a process that pulls us out of our actual experience and into a constructed world.

So should we all take up gliding? No. But it’s useful to identify positive activities that challenge and immerse us – and the addictive activities (video games, alcohol, gambling) that we may have adopted to pull us in and shut off the story-making process. Perhaps there are ways of simply sitting with our construction crew, knowing their names, and inviting them to take a coffee break now and then.

Or an extended vacation.
Posted by Randy Paterson, PhD at 09:00