Thanksgiving: Is It Cognitive Therapy?

(FYI to international readers: Monday October 10 is Canada's Thanksgiving - we celebrate ours earlier than the USA so that we have an extra six weeks to work up the appetite for more turkey at Christmas.) 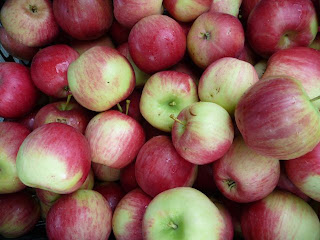 In a time when fewer and fewer people identify with traditional religious ideas, Thanksgiving can seem like an anachronism from an earlier, theistic, agrarian age.

After all, if you are giving thanks, the obvious question lurks at the edge of consciousness:  Just whom are you thanking, exactly? If you don’t believe in a specific deity, it’s difficult to know whom to address. Even if you count yourself a believer, you can catch yourself asking just why the deity asks for or requires incessant praise from His/Her creations.

But this mental debate targets the receiver of the thanks, rather than the giver. It subtly frames gratitude as a process by which a good, one’s thanks, is subtracted from the mental bank account of the giver and added to the account of the receiver. If there is no receiver, or if the receiver has no great need of the good, then the resource has simply been wasted.

The central principle of cognitive therapy is that our emotions and actions are based, largely, on what we pay attention to, and what we think it means. If we invite three friends to Thanksgiving dinner and two of them accept the invitation, our reaction will depend entirely on where we focus our attention, and on how we interpret what we see.

If we dwell on the absent party and imagine that they declined due to a wise and accurate awareness of our worthlessness, we will feel one way. If we focus on the two who arrived and the prospect of a pleasant conversation over dinner, we may feel blessed.

Our minds spontaneously tend to look at what is lacking rather than what we have – likely because in an evolutionary environment it was what we lacked that demanded the most attention. The result is an inborn vulnerability to a sense of poverty. No matter how good our lives are, the human mind will drift off to what is missing. That cushion on the sofa isn’t quite the right shade of fuchsia. The asparagus isn’t nearly as firm as we would like. The yacht has an unsightly scratch where it brushes against the dock.

Thanksgiving invites us to gently prod our minds over to what we have, not what is missing. By attending to our harvest (of apples, of friends, of central heating, of life in a peaceful society, of health) we can shift our minds from poverty to wealth.

So whom should we thank? Perhaps it does not really matter. God, karma, fate, luck, the universe, that crystal on the bookshelf? We don’t have to decide.

We can simply attend to all of the things that we would miss if they were taken from us, and offer our thanks outward. The thankee is irrelevant. It is the thanks that count.
Posted by Randy Paterson, PhD at 09:00