Following the Other Path

Human beings have dozens of ways to increase their level of misery.  One of these is regret.  In essence, the person casts their mind back to a decision point at some time in the past, a moment when they could have chosen another path into the future, and made what seems to them to be the wrong choice. 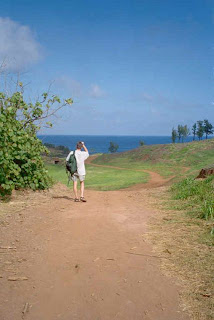 The interesting thing about regret is how often the individual stuck with it seems to oscillate on the moment of the decision.  “I could have said no, but I said yes.”  But of course there are many moments that they could focus on:  the time of the decision and all the moments since.

I’ve often been tempted to remind someone that the decision they regret is long past, and that they do not own a time machine.  They cannot go back and make the other decision, no matter how much they think about it.  The past is utterly beyond their control.  The present and future, on the other hand, CAN be controlled – at least to a degree.  It makes sense to refocus on the present, and to use regret at a past decision as an impetus to think carefully about the decisions yet to be made.

This may make sense, but it seldom works as well as I would like.

The person is stuck on the regret, and a vague feeling that had they chosen the other fork in the road things would have been much better.  The hint about where a therapist can productively go lies in the fuzzy, idealized vision of the alternate path they sense.  They use the regret as a way of berating themselves, but do not carefully examine the path they wish they had taken.

In therapy, we can set aside the fact that the decision is over and done, and cannot be undone.  We can ask “What if?”  What if you really had made the other choice?  What would have happened?

Usually we get an answer that reflects a belief in a kind of heaven on Earth.  “It would have been wonderful.”  “My life would be so much better.”  But we don’t spontaneously get details.  So we can press for the full picture.  “So let’s imagine that you really did decide to stay with him.  Tell me how you think that first week would have gone…. What about the following year?…And the years since?...And where would you be now?”

Sometimes the overidealization continues, and eventually becomes so transparent that the person sees it.  “Sounds a bit exaggerated, doesn’t it?”  Their faith in the purity of the unchosen path begins to crack, just a little.

Sometimes the person follows the timeline and realizes that contentment was never going to be the destination.  “He’d cheated on me twice.  I guess that in the ensuing 20 years he’d do it again.  And probably again.  And eventually I’d be faced with the same decision I made 20 years ago.”

A gay man regretted not coming out earlier, and wasting much of his youth alone.  But when he examined the situation closely he realized he would have become sexually active around the time that the AIDS crisis was beginning, before it was really understood and before the present treatment options existed.  He knew himself and how he would likely have been if he had come out.  “Like a kid in a candy shop.”  The result may have been that he would not have lived through the decade.  Perhaps not; perhaps he would have been more fortunate.  But the possibility allowed him to let go of some of the regret.  “On balance, I’d choose the loneliness of those years, knowing that the result was that I’ve lived longer than some of my friends.”

All fantasies about the path not taken are just that: fantasies.  We don’t really know.  If you had gone off with Frank, perhaps you’d have been killed in an air crash the following month. But you DO know that you wouldn’t have taken the path you did – for better and for worse.  We can invite the client to reflect on whether there is anything on the path that they chose that they would not have wanted to miss.  If he had not married so young, he might have had a more adventurous youth – but it would mean never having met the daughter he now cherishes.  “So the genie appears, David, and he gives you the option.  You can go back and take the other path, but the price is your daughter.”

Sometimes, of course, the regret is perfectly reasonable.  We let a friend drive home drunk and she was paralyzed in an accident.  We allowed a child out on a rowboat alone and they drowned.  In the alternate future the friend would be able to walk and the child would be alive.  Here, the strategy of taking the other path might not work.  But it’s possible to be surprised.  Canadian Rick Hansen, who powered his wheelchair around the world and subsequently founded an important Spinal Cord Injury research institute, has said in interviews that some of the positive things in his life came his way precisely as a result of his injuries.

Where this type of conclusion is unlikely, the shift is from outcome to intent.  “What was your intention in teaching Andre to row?”  Often the intention was entirely honourable and appropriate.  “I thought he should learn responsibility, and that he needed confidence.  I made sure he had his life jacket on, no matter how much he hated it.  It never occurred to me that the moment he got round the point he would take it off.  My intention was to give him a better life, not for him to lose it.”  At this point we can encourage the client to honour the intention, and to mourn (really mourn) the outcome.
Posted by Randy Paterson, PhD at 09:00