Metaphors: Six Guys Walk Into a ... 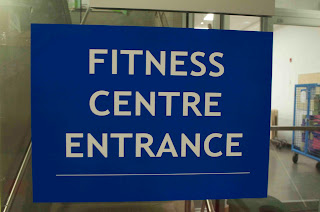 How do we learn new ideas?

One of the most powerful methods is to relate the new concept to an existing idea that we already understand.

Imagine living in pioneer times and wanting to connect Vancouver and Edmonton, after a road has been built to Calgary.

The brain is essentially a road map of connections from one node to another. If we want to learn an entirely new concept – let’s say “the face of Sarah Palin” – we could try to create an all-new series of connections to build the ideas of “Sarah Palin’s nose,” “Sarah Palin’s glasses,” “Sarah Palin’s eyes” and so on. Or we could use information we already have – perhaps “Tina Fey’s face” – and then build little spurs away from that concept to fit Palin “except different glasses,” “except bigger hair,” “except less sense of irony” and so on.

By doing this we treat Tina Fey as a metaphor for Sarah Palin. At a neural level, this is probably exactly what is happening. We will use many of the same connections for both faces, for the sake of efficiency. So metaphors may be more than just a literary trick you learned in English class: they are an external manifestation of the structure of the brain.

Or not. Regardless, metaphor is a great way to get an idea across quickly.

In a recent discussion on an online forum in which I participate, someone suggested that we all share the metaphors we often use in therapy. Good idea. And it may become a recurrent “bit” I use in this blog. We’ll see.

Here’s one of mine. It's a two-parter and comes across like a joke, and leaves it up to the listener to contemplate how to connect the dots, but it often sparks useful discussion in therapy. It can be translated for “Three Women …” but in practice I’ve mostly found it useful with men.

Three Guys Walk into a Gym

Three guys walk into a gym and decide to use the chin-up machine. This is a device with elevated handles so you can practice chin-ups, but with a platform to stand on that can give a variable boost.

The first guy doesn’t turn the machine on. He just reaches up, grips the handles, and does 20 chin-ups, his feet leaving the platform.

The second guy tries the same thing, but doesn’t get off the ground. He turns the machine on, sets it to give him 50 pounds of lift, then reaches up and does 20 chin-ups.

The third guy takes over, leaves the machine on 50 pounds, and doesn’t get to the bar. So he turns the machine up to a 100 pound boost and does 20 chin-ups.

Three Guys Walk into an Interview

Three guys walk into an interview, and are asked what it would take to make them happy with their lives.

The first guy says that before he could feel contented he would need to succeed in business, become the president of his company, live in a mansion, earn a seven-figure salary, have a loving and supportive family, and be admired by thousands. Then he could be happy.

The second guy says that before he could feel contented he would need to have a good job, earn a six-figure income, live in his own house in a nice area, and have a few good friends. Then he could be happy.

The third guy looks a bit confused. He says, “I’m not sure I understand the question. I don’t have any of those things yet, and I guess it’s possible I never will. I’m happy now.”