Disillusionment as a Goal for Therapy

How did the word “disillusionment” come to have such a negative connotation?

The literal meaning is to lose one’s illusions – to come into closer contact with and awareness of reality.  This is the function of much of psychotherapy:  to get over the happy myths that we tell ourselves to defend against uncomfortable but nonetheless essential realities. 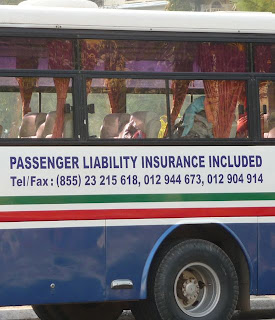 The answer, of course, is Yalom.  The therapist.  Romantic love is, as he and countless others have pointed out, a kind of madness.  A delusion.  The case that provides the book its name is one in which a client has fallen “madly” in love and it is in part the function of the therapy to bring her back to earth.

It’s not the therapist’s job to rain on every parade.  Most of us can remember the heady excitement of falling in love, and at least some of the time it has done us no harm.  In fact, sometimes the invigorating rush of a fresh projection can help people to make genuine – and positive – changes in their lives.

But every now and then we’re called to point out to someone that they are running toward a familiar cliff.  “It’s interesting:  You use the same words to describe this new man as you did with your abusive ex.  I wonder if they might be similar in other ways…”

A person I saw several years ago had seized with great interest upon a revenue scheme that he felt was sure to solve all of his problems.  I happened to know something about the area, but felt torn.  If he committed to the project it might pull him forward into other positive change.  But his ideas about the revenue opportunities were clearly mistaken.  On the other hand, people do sometimes “hit the jackpot” with questionable ideas – how was I to know?  And if I burst his bubble with some cautionary information, would I so damage our relationship that we would accomplish nothing else?

In the end, I shared my understanding of the field with him, along with my concerns.  He felt deflated, but returned shortly thereafter with a new plan that built on his past successes.  It was a bit less thrilling than the vision he had originally outlined, but wouldn’t bankrupt him if it failed and he wouldn’t waste a year of his life trying.  We discussed the issue as I strived not to push the decision I would make if I were in his shoes.  He arrived at the idea of starting out with the “surer thing” and collecting more information about the viability of his original idea.  As he learned more, the scheme crept into his discussion less and less.

I had, in effect, disillusioned him.  I think he would have preferred in the moment that I cheerlead for him, touting the likelihood of his success.  But I would have been flagging him onward, over a cliff.

Disillusionment is seldom fun.  But it is sometimes part of the job.
Posted by Randy Paterson, PhD at 09:00